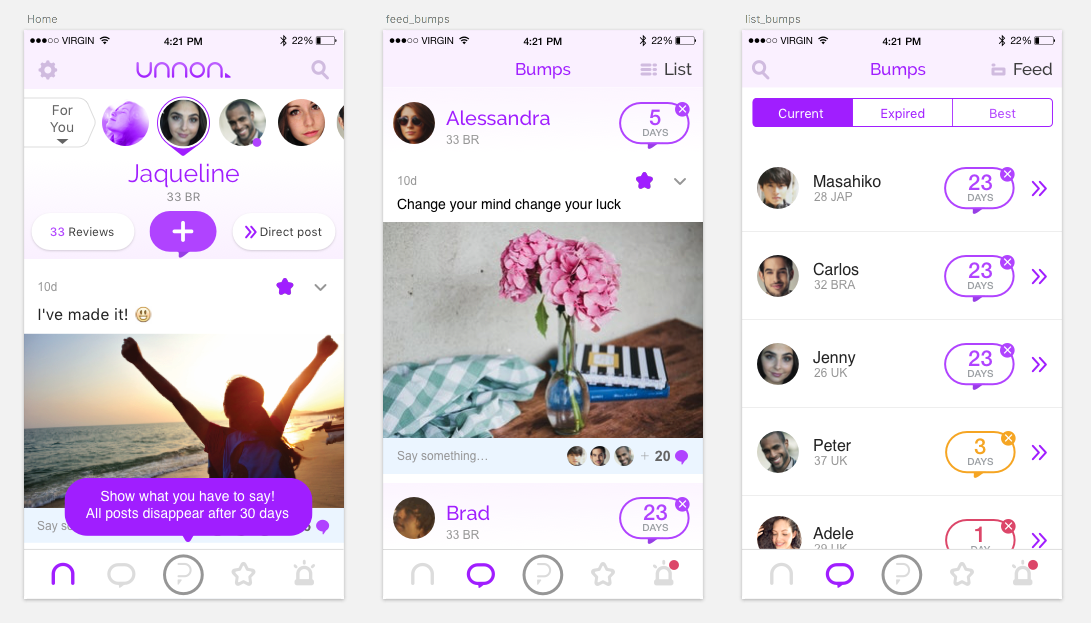 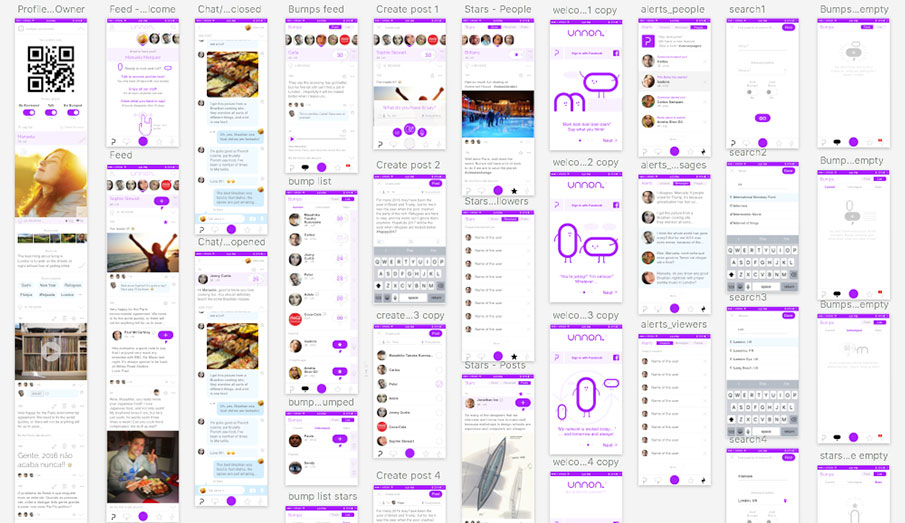 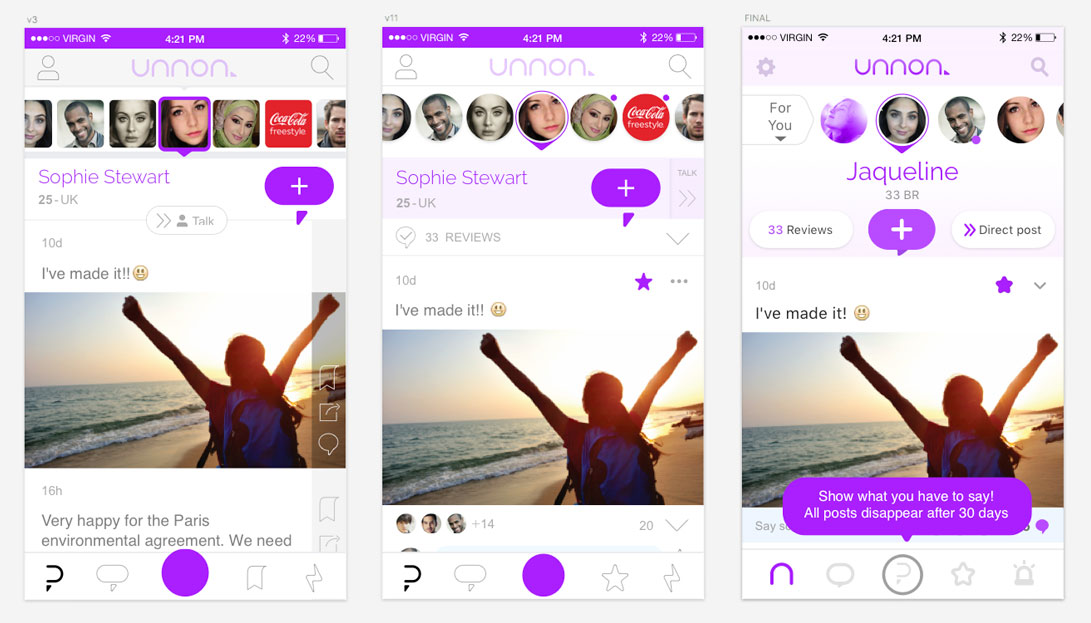 This is the first app that I helped designing, alongside with five designers. I was invited to take part in an audacious project: a startup based in London came up with the idea of a social network that keeps changing and, by doing so, puts an end to social filter bubbles.

As a designer, I helped with layouts updates and standardisation and had a chance to work as UX/UI designer, drawing in Sketch and using Flinto to define user interaction.

This startup aims at bursting social bubbles. That’s what Unnon is about.

The concept is complex: your posts only lasts for 30 days, so do all your connections. After that, users are disconnected and new profiles are presented to you. You can still see your old connections posts, but can no longer interact with them. In this mutating environment, there is no bubble. Plus: there’s no private messages in order to avoid bullying and harassment.

The app is available since September, over a year of collaborative work.